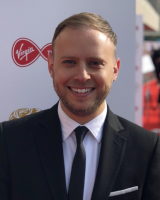 Alex was made a Company Director in 2018. He represents talent across the entertainment industry.
[full biog]

Alex studied at the University of Portsmouth and The Royal Central School of Speech & Drama.

He worked at The Old Vic and in the West End for a few years before moving to Curtis Brown in 2007. From 2009–2012, he worked for the Managing Director of ARG (Artists Rights Group).

Alex joined InterTalent Rights Group (formerly Cole Kitchenn) in 2012 to start his own client list and was made a Company Director in February 2018.

He is an Executive Producer on the 2019 feature film MRS LOWRY & SON starring Timothy Spall and Vanessa Redgrave & an Associate Producer on VENGEANCE 2 starring his clients Stu Bennett & Vinnie Jones. Alex is also a co-producer on the chart topping sports podcast POUND FOR POUND which is co-hosted by his client Jake Wood.