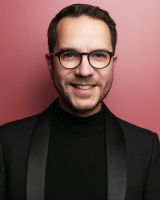 Ashley was made a Company Director in 2018. He represents talent across all areas of the entertainment industry.
[full biog]

Ashley originally trained as an actor, graduating from the Guildford School of Acting with a First Class BA(Hons) degree and the Principal’s Award for Musical Theatre.

After working professionally as an actor for over 7 years, Ashley joined TCG Artist Management where he assisted Managing Director Kristin Tarry. During this time he also acted as UK PA to Thomas Schumacher (Head of Disney Theatrical Worldwide) for the launch of the original UK Tour of Mary Poppins. Following his time at TCG, Ashley moved to Rossmore Management where he worked as an agent for over two and a half years.