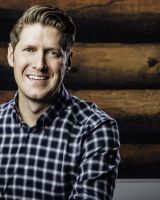 Growing up Olly had aspirations of being a paramedic and then a fireman. He then had the realisation that he’d been watching far too much Casualty and London’s Burning and he just wanted to pretend to be those things. A degree in acting from the Royal Welsh College of Music & Drama followed.

Upon graduation Olly made a swift transition into artist management under the leadership of Phil Belfield & Mark Ward.

Olly joined Cole Kitchenn as an agent in 2008 and was made a Company Director in 2013. He works alongside Laura Prior on his list.

When not sat behind his desk - Olly can be found pacing the shingle of Brighton beach where he lives with his partner.