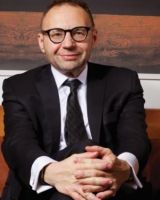 Jonathan is Chairman of InterTalent Rights Group, the UK's leading independent talent management agency. He is recognised as a genuine leader in the creative industries and as an innovator exerting major influence across the all aspects of the entertainment business. He was awarded the OBE in 2014 for services to the entertainment industry and an Honorary Professorship in 2012 by Henley Business School and Reading University in recognition of his contribution to the Arts. His clients have been nominated for or won BRITS, MOBOs, Emmys, Grammys and Olivier Awards. In the last year alone InterTalent Rights Group clients have broadcast over 5000 hours of television: sold millions of pounds of branded product and over 1 million CDs; and appeared in the best-selling book charts. He has represented music stars who have sold more than 50 million CDs in their careers and talent whose names have sold £100 million plus of branded product. He and his company have also been responsible for building Britain's most successful urban music roster winning 15 MOBO Awards as well advising on the careers of broadcasters on global television networks including CNN, BBC, ITV and Sky.