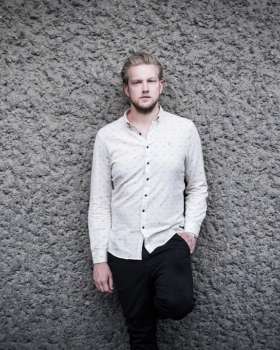 Alexander is a songwriter, singer & musician from London. He has, to date, released 4 solo albums to critical acclaim; he has shared stages with names such as Paul Weller, Feist, Vampire Weekend & Jamie Cullum.

Alexander’s most recent success has been scoring seasons 1 & 2 of Flack, starring Anna Paquin – released on Pop TV in the US and UKTV’s W Channel, it has been picked up by Amazon Studios for a major re-release in February.

"The most beautiful album I have heard in years. Period"  - New York Post

"A beautiful album with echoes of Nick Drake" - The Sunday Times

Alexander Wolfe - The Mirror and the Moon [from 'Alice's Adventures Underground']