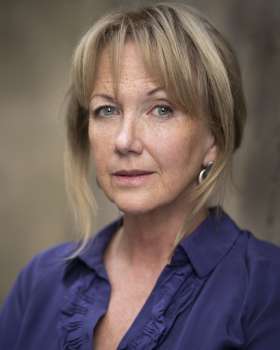 Anita has worked extensively in TV and theatre.

Her numerous stage credits include a season at the Royal Shakespeare company, TWELFTH NIGHT (National Tour), TO KILL A MOCKINGBIRD (Birmingham Rep/WYP), EVERYBODY LOVES A WINNER (Manchester Royal Exchange) and most recently THE ENTERTAINER with the Kenneth Branagh Theatre Company at the Garrick Theatre, West End.