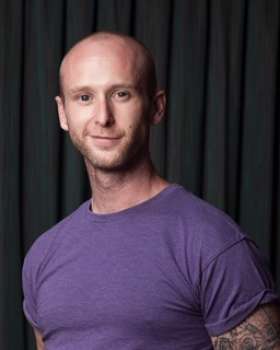 Anthony is a multi award-nominated choreographer based in London. After a successful career as a West End performer, he is highly skilled in the creation of narrative-driven movement, and is a keen developer of new musical theatre writing.

Anthony is also a dance educator and lecturer, having taught at many conservertoires in the UK including London Studio Centre, Bird College, Guildford School of Acting, MTA and London College of Music. Anthony freelanced as a tap coach for Billy Elliot - The Musical and was the choreographic mentor on the Perfect Pitch production Danny Hero. Anthony judges at dance events and competitions internationally, including the ISTD "All Star Tap Awards” in 2016 & 2017.