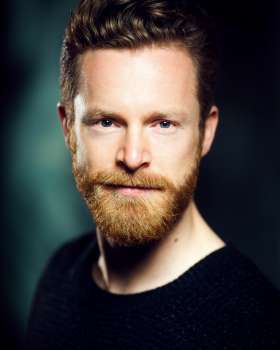 Barnaby can currently be seen playing Ed in the West End production of THE LION KING, having recently completed a run in the critically acclaimed production of FOLLIES at the National Theatre, and as Peter in COMPANY in Aberdeen.

Prior to this, he returned to Regent's Park Open Air Theatre in ON THE TOWN, having previously been seen in the hit production of JESUS CHRIST SUPERSTAR in 2016.

Other recent credits include: 42ND STREET at the Theatre du Chatelet, JEKYLL & HYDE at the Old Vic, as Chadwick in ELF, THE MUSICAL at the Dominion Theatre and in the UK Tour of OKLAHOMA!