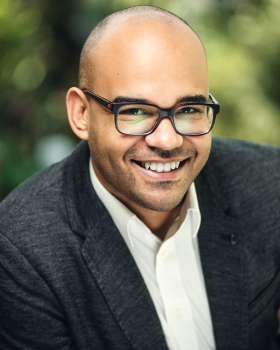 Born and raised in south-east London, Benjamin Kwasi Burrell is a composer, orchestrator, arranger and musical director. He studied saxophone and piano before training in jazz piano at Trinity College of Music, then gained a Masters in Scoring for Film, Television & Video Games from Berklee College of Music. He won a 2019 Black British Theatre Award in recognition of his work as musical director of Small Island (National Theatre).

Benjamin was musical director & arranger for Orfeus: A House Music Opera at the Young Vic (suspended).

'It's basically the story of my family.' The music of Small Island, by Benjamin Kwasi Burrell.