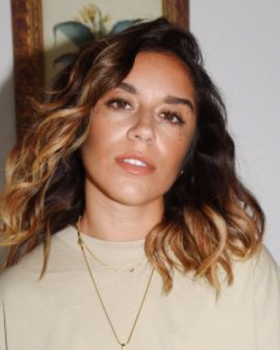 Chelcee has two passions in life - music and football! Whilst playing for Premier League football teams such as Liverpool, Everton, Tottenham, Fulham and now Tranmere Rovers, she his smashing her career in the music industry.

Her first single ‘Just Like That’, only intended to be a soft release, blew up and landed in the Spotify New Music Friday Top 10 along with coverage from MTV, Cosmo, Wonderland Magazine, Gay Times, Marie Claire and more. She has since gone on to write for artists such as Dua Lipa, Zara Larsson, Kylie Minogue, Olly Murs, Stanaj, Little Mix, Tom Walker and Jonas Blue to name a few.

To add another string to her bow, having presented during the BBC’s Women’s World Cup coverage, she has now been cast as one of the hosts of MOTDx – a brand new prime time BBC2 football show about the lifestyle and culture of the Premier League – alongside Jermaine Jenas & Reece Parkinson. Her TV work also includes 2 appearances on The Daily Drop for ITV.

Chelcee is becoming a notable name for football coverage and often works for BBC Sport, TalkSport & Sky Sports. Chelcee also took part in 2020 Soccer Aid for the Rest of the World XI.