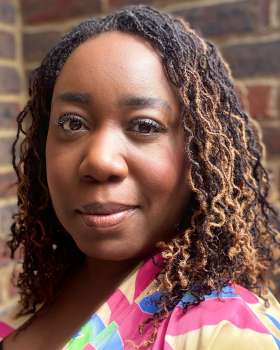 She recently played the role of Josie in Frantic Assembly's UK Tour of I THINK WE ARE ALONE. Previous to this she played Maria in the UK Tour of EDMOND DE BERGERAC for The Birmingham Rep.

Chizzy was also a contestant in 2017's Strictly Come Dancing, 2018's Celebrity Masterchef and was a regular Loose Women panelist. She was a Team Captain on the new panel show SORRY, I DIDN'T KNOW for ITV.