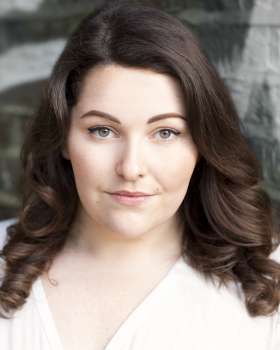 Chlöe trained at the Guildford School of Acting on the BA Musical Theatre course. Before graduating in July 2009, she made her professional and West End debut as Tracy Turnblad in HAIRSPRAY at the Shaftesbury Theatre. She went on to play the role to great acclaim until the end of its successful run in London.

Her other credits include; Val/Cover Kelly in the National Tour of FAT FRIENDS (UK Tour), and Fairy Formidable in BEAUTY AND THE BEAST, (Kings Lynn Corn Exchange).

On Television, Chlöe could be seen as Louise (semi-regular) in GIRLFRIENDS (ITV), and has made appearances on THE PAUL O’GRADY SHOW, STRICTLY COME DANCING, and was the winning contestant on THE WEAKEST LINK (West End Christmas Celebrity Special).