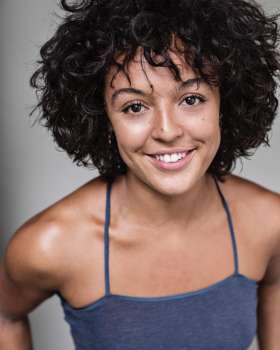 Cora made her professional debut in 2017 playing the lead role of Irina in THE PEOPLE ARE SINGING for Manchester Royal Exchange.

Cora is currently starring in the Old Vic tour of A MONSTER CALLS.