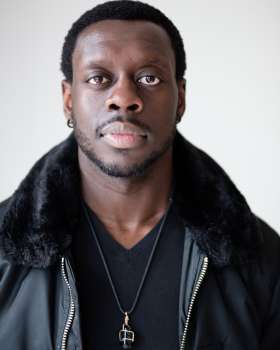 TV credits includes a recurring role in THIS WAY UP, a new Channel 4 series by Aisling Bea & Sharon Horgan, CALL THE MIDWIFE (BBC1) and ENTERPRICE (BBC3).

In 2017 he shot scenes in feature film, THE CURRENT WAR and was seen in THE VALENTINE for Sky. Ekow filmed Titus Andronicus as a 2 hander short film with Peter Capaldi for Shakespeare's Globe.

Ekow was nominated for the prestigious 2015 Ian Charleson Award.

He currently plays the title role in MACBETH at Shakespeare's Globe.