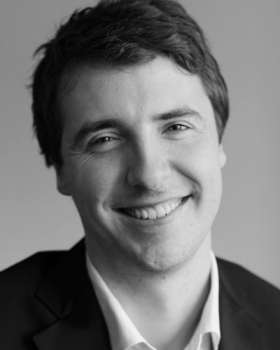 It is with deepest regret and sadness we can confirm that FERGAL O'MAHONY passed away on Tuesday 9 September. His funeral will be held at 11am on Friday 19 September at St. Colmcilles Church, Ballyhackamore, Belfast.

The family would like to invite anyone wishing to pay their respects and say goodbye to Fergal to come to Keavy and Geoff's on Thursday 18 September, time tbc. The address is: 6 Castleorr Manor, Belfast BT4 3QJ. The reception details are yet to be confirmed.

A memorial evening celebrating the incredible life and music of Fergal will be held in London in the near future. Details of this will be posted soon.

The family wish to pass on their gratitude for the love and amazing support they have received.

Fergal began studying at the piano from an early age.  After attending the Junior School at the Royal Northern College of Music (RNCM) he went on to the Joint Course between the RNCM and Manchester University.  This enabled him to pursue performance at the highest level whilst also studying other more academic aspects of music, including composition under John Casken.  Fergal then went on to study piano on a full scholarship at the Cologne Hochschule fur Musik and then the Guildhall School of Music and Drama where he gained his Mmus and MMP, both with distinction.

As a pianist Fergal has performed throughout the UK and Europe as well as appearances in the USA and Kazakhstan.  As Concerto soloist he has appeared with the Royal Liverpool Philharmonic Orchestra, Manchester Camerata, Lakewood Symphony Orchestra and several others.  He also toured with the European Union Youth Orchestra under Vladimir Ashkenazy.

Having enjoyed playing the music of so many other composers, Fergal decided what he really wanted to do was write music of his own, and make a more lasting contribution to the world of music.  A great lover of the theatre, it seemed apt that this be the medium that he should begin to write for. He was a founder member of the 'Book, Music, Lyrics' workshop (supported by The Arts Council England) in 2010-2011 and wrote numerous songs and small-scale pieces during this time.  His first large-scale piece was the musical 'Gutter Press’, which was completed, in early 2012.  Gutter Press received several 4 star reviews and was performed at three different venues in London.  Its topical subject matter, concerning the role and reason of the modern day paparazzi prompted a lengthy article in The Times national newspaper.

Fergal recently completed the composition of a new musical written with Aoife Nally entitled Hallowed Ground which was Fergal's second large-scale project as a composer.  He was drawn to the project by the multi-faceted and layered story telling and the fertile musical landscape that the world of Hallowed Ground offers.  The arc of the story takes us from the agricultural right up to the ultra high-tech and industrial.  This offers a rare freedom in the choice of musical styles to be used.  So far the piece contains nods to Gregorian chant, hymnal music, folk, blues and gospel. We hope to help see this piece to production in the near future.