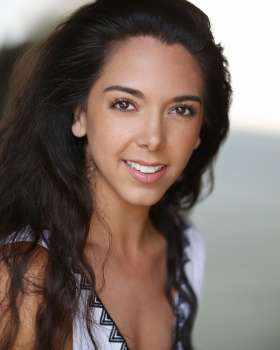 Gabriela is originally from Mexico, and trained at ArtsEd London.

Most recently, she played the role of Gracie in Tegan McLeod's two hander, LUNATIC 19S, at the Finborough Theatre.

Previous to this, Gabriela played the lead role of Maria in WEST SIDE STORY at the Manchester Royal Exchange, Vanessa / cover in Fran in the West End cast of STRICTLY BALLROOM and the lead role of Nina in the Olivier Award winning IN THE HEIGHTS at the King’s Cross Theatre.