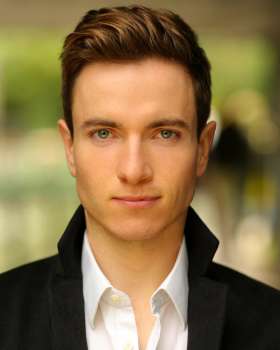 George graduated from Bristol Old Vic where he was awarded the Sir John Gielgud Bursary Award.

He has just finished in Witness For the Prosecution, playing at London County Hall.