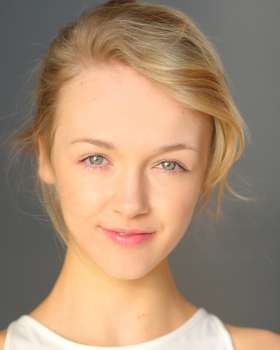 Credits while training include: Dale Tremont in Top Hat and ensemble in Bullets Over Broadway and Phoebe D’Ysquith in A Gentleman’s Guide to Love and Murder.

Workshops include: Rose in Stepping Out for Maria Friedman