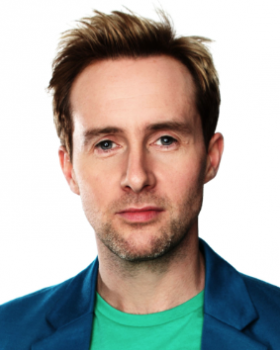 Ian is an actor, singer, presenter and most famously one fifth of the Brit Award Winning pop group STEPS.

With 14 consecutive top five singles, 3 number one albums, 20 million in record sales & 7 sold-out national arena tours under their belts, STEPS are the UK’s most successful mixed-sex pop group of all time.

Alongside his work with STEPS, he has worked extensively on stage in shows such as JOSEPH and CHITTY CHITTY BANG BANG, and on TV in SKINS for E4 and DANI'S HOUSE for RDF.

As himself, Ian could recently be seen on ANT & DEC'S SATURDAY NIGHT TAKEAWAY, THROUGH THE KEYHOLE and WHO'S DOING THE DISHES?  He could also be seen wowing audiences and judges alike on the BBC Saturday night show TUMBLE in which he stormed his way to the finals. His breathtaking final routine was awarded a perfect 10 by each of the judges making it the highest mark of the whole series.

Ian could recently be seen making TV history by being one half of the first ever same-sex couples to perform on ITV's DANCING ON ICE.

Ian 'H' Watkins' Trapeze performance to 'Holding Out For A Hero' - Tumble: Grand Final - BBC One