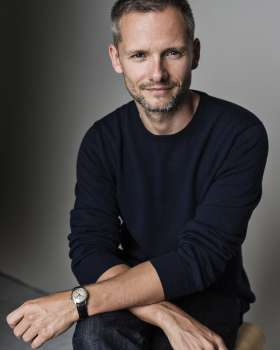 As an actor, Jack is a household name, most loved for his portrayal of Jamie Mitchell in EastEnders from 1998 to 2002. Jack’s acting career spans across theatre, television and film. This year he played regular character Evan Crowhurst in Holby City.

Voice Over Credits: The Archers, The Last Story (Nintendo Wii).

Jack is a theatre & film director. Most recently, he directed Tim Firth’s The Band, which became the fastest selling tour of all time before transferring to Theatre Royal Haymarket and a run in Germany. His first play, The History Boys, opens February 2020 at Wolverhampton Grand.

On 28th May, Jack publishes Jack’s Secret Summer with Hachette Children's Group. Jack’s Secret Summer is Ryder's first book, as well as his début children's novel. Taking readers on a spellbinding journey reminiscent of Enid Blyton's The Famous Five, Ryder tells a heartfelt adventure tale of a secret summer gang. Featuring an old abandoned house at the top of a hill, a strange girl who lives there and a world of magical secrets, Jack’s Secret Summer is available for pre-order now, with a follow-up novel due in May 2021.