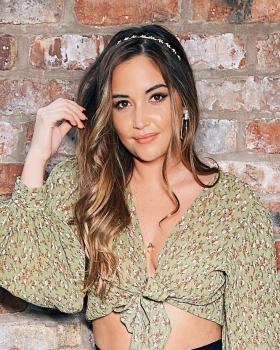 Jacqueline is an award winning actress who has played Lauren Branning in BBC1's EASTENDERS since 2010. She won Best Newcomer at the National Television Awards.

Her collaboration with online fashion retailer In The Style has generated their fastest sales of all time on day of release. Her other recent brand partnerships include Now TV, Disney+, LOL Surprise, Universal Music, Fairy Liquid, Cheese Strings, Pom Bears & Pantene.

In December 2020 Jacqueline made her debut on the WEST END STAGE joining the cast of A CHRISTMAS CAROL playing the role of Emily/Ghost of Christmas Future.