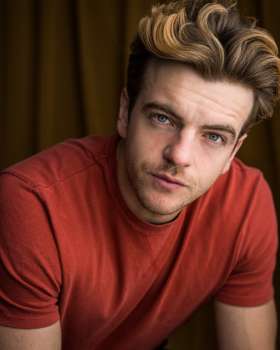 Jonno has recently returned from New York, where he was filming a recurring role in the new Amazon Prime series Hunters, alongside Al Pacino. He gained critical acclaim for his portrayal of Alex DeLarge in the New York (New World Stages), London (Park Theatre) and international productions of A Clockwork Orange. In addition to receiving rave reviews, he was the only actor listed by The New York Times as one of ‘Tomorrow’s Marquee Names’.

His other theatre credits include Shakespeare In Love (West End), Midsummer Night’s Dream (NT Riverside) and the title role in Dracula (Edinburgh Festival.) His TV and film credits include Kingsman: The Secret Service, Hollyoaks, Spotless, Casualty and Doctors.