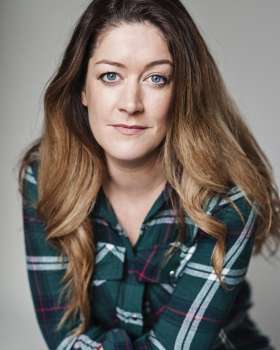 One of the most foremost West End stars of her generation, and a YouTube comedy sensation who has over ONE MILLION HITS.

Her Portrait of a Princess which co-starred Sheridan Smith and Russell Tovey went viral reaching 700,000 views, and can be viewed here.

Julie could recently be seen starring in THE GRINNING MAN, at London's Trafalgar Studios, and guest starring in SHAKESPEARE AND HATHAWAY and DOCTORS (both for BBC).

Julie is an emerging Director with a passion for new writing, feminist and political drama.

Julie teaches and directs for drama schools extensively, including multiple shows for her alma mater Mountview, and Youth Music Theatre.

Portrait of a Princess