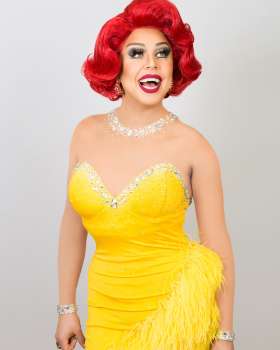 La Voix is a vivacious performer, singer, impressionist, presenter and TV personality. With a talent for comedy, huge vocals and a range of fantastic impressions of the world's biggest divas, La Voix is a shining star in the world of light entertainment.

La Voix’s live show has become a phenomenon in many towns and cities around the world. 2020 sees her most glamorous show yet - 'La Voix: The UK's Funniest Redhead' taking the UK by storm. La Voix has packed it in by the case load, and is heading on the road with her incredible musicians for an unforgettable evening.

On screen, her appearances include reaching the semi-final of Britain's Got Talent; featuring in Ab Fab The Movie; and numerous guest appearances including Michael McIntyre's Big Show and Big Brother's Bit on the Side.

On stage, her countless credits include multiple solo UK tours, performances at the London Palladium, 02 Arena as special guest to Spandau Ballet,