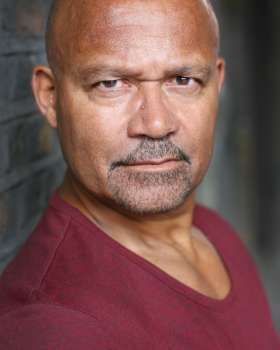 Louis has worked extensively on both stage and screen.

He is best known as Trevor in the feature film LAYER CAKE with Daniel Craig, 12 years as Mick Johnson in BROOKSIDE and his recurring role of PC Walsh in LAST OF THE SUMMER WINE.

Louis has just been seen in the new BBC2 comedy series THE OTHER ONE, and completed filming on the Hollywood feature film KUNG FURY 2, alongside Arnold Schwarzenegger and Michael Fassbender.

The last few years has seen Louis starring as Horse in the National Tour of THE FULL MONTY, as well as shooting on PACINO AND BERT (Sky Arts), MOVING ON (BBC1), the feature film HABIT directed by Simeon Halligan, and as series reg Herman in three series of the hit comedy ZAPPED! for UKTV. Other recent credits include BENIDORM (ITV), SILENT WITNESS (BBC1), HOLLYOAKS LATER (Channel 4), CRIME STORIES (ITV), NEW TRICKS for BBC1, and as recurring character Mike Thornberry in CORONATION STREET.