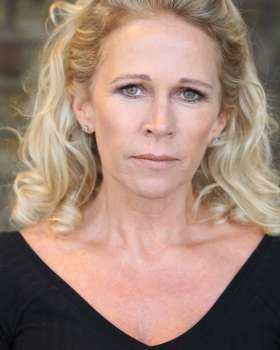 Lucy is a regular fixture on British television. Having appeared on numerous TV programmes such as PRESS GANG, CLOSE TO HOME and BOTTOM, Lucy came to prominence as Lisa Fowler in EASTENDERS. Lucy played this role for 5 years and was involved in several groundbreaking stories during her time there. Alongside her acting Lucy was also crowned the winner of X FACTOR: BATTLE OF THE STARS and was a contestant on I'M A CELEBRITY.

Lucy played series regular Maggie in two series of the BAFTA winning DETECTORISTS alongside Mackenzie Crook, the recurring role of Denise Ellisson in CASUALTY, and Ms Bloomfield in THE DUMPING GROUND. Her numerous other screen credits include NEW TRICKS, HOLBY CITY, MISSING, DOCTORS and KINGDOM.

Lucy can currently be seen back in EASTENDERS, having previously reprised her role for a dramatic stint in 2017.