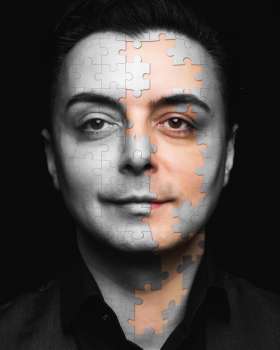 will compete in America's Got Talent: The Champions, on NBC & Netflix from January 2020.

Magician, mentalist and viral star Marc Spelmann is the cause of two global sensations. First appearing on Britain’s Got Talent 2018, his audition went viral and won the hearts of the nation. He received Ant & Dec’s Golden Buzzer with his heartfelt story of hope and surviving adversity. Nobody predicted that, despite not reaching the final, Marc would reinvent himself as the mastermind behind anonymous act “X”, smashing all previous BGT records, taking the 2019 content by storm, and finishing runner-up to war veteran Colin Thackeray.

“X” claimed some of the biggest viral video hits in BGT history, and his performances are without doubt the most thrilling auditions BGT has ever seen – a sequential masterpiece 3 years in the making. His final reveal and compelling message shocked and inspired the world, catapulting Marc into the leagues of the most watched magicians online ever.

In 2020 Marc established himself in the USA, finishing as a semi-finalist on America's Got Talent: The Champions including a stunning collaboration with AGT winner Shin Lim.

Despite recently achieving fame on Britain’s Got Talent, Marc is a performer and writer with over 20 years’ experience. Described as a ‘Mystery Artist’, Marc uniquely combines the secrets and principles of a magician, the influence and deductive techniques of a mind reader, and the showmanship of a grand illusionist to create truly astonishing demonstrations of the improbable and impossible. His unique performances will be sure to astonish the most cynical of minds.

Marc is currently developing a range of projects for TV & stage. As a live performer Marc’s repertoire ranges from intimate and small private events to major spectacles. He continues to present and perform as “X” for large scale and ambitious projects, details here: https://www.magicianx.com/

Magician X : I AM ‘X’ Unbelievable