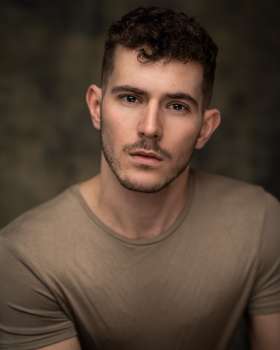 Michael is an actor & singer from Newcastle.

He will make his TV debut as Maxwell in Russell T. Davies' upcoming drama It's A Sin (Red Productions for Channel 4/HBO), and his film debut in a scene opposite Jim Broadbent as Eddie in The Duke (Neon Films).