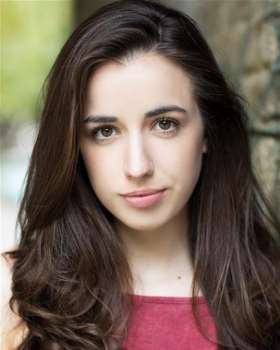 Molly hails from Cork, Ireland and is a graduate of The CIT Cork School of Music (BMus) and The

Theatre credits include: Cathy Hiatt in The Last Five Years at Southwark Playhouse, ensemble/cover Clara in The Light in the Piazza at The Royal Festival Hall & International Tour, Kolokolo Bird in Just So at The Barn Theatre, Anne Brontë Wasted at Southwark Playhouse, Betty in Sunset Boulevard UK Tour, Stand-by Julie Jordan in Carousel at ENO’s Coliseum, Chava in Fiddler on The Roof at Grange Park Opera/BBC Proms, ensemble/cover Johanna in Sweeney Todd at ENO’s Coliseum and Serifina in Sacred Heartsat Latitude Festival.  Other credits include workshop performances at The National Theatre, Corcadorca, Theatre Royal Stratford East and soloist with orchestras such as The RTE Concert Orchestra and The Oxford Philharmonic.