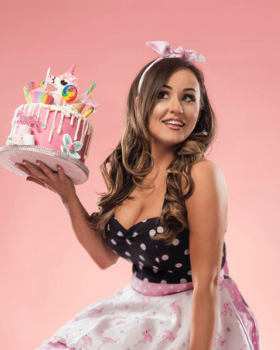 Star of Channel 4's Extreme Cake Makers, Series 1, 2 & 3. The first series of the Ch4 show reached an audience of almost 2 million and has now been sold to over 60 countries.

Molly and her creations been featured on CBBC's Blue Peter and How to Be Epic, her online content of incredible life size and life like cakes regularly go viral. She has amassed combined online video views of 10 Million.

In 2018 she will feature in Sky's SO BEANO series as a guest star.