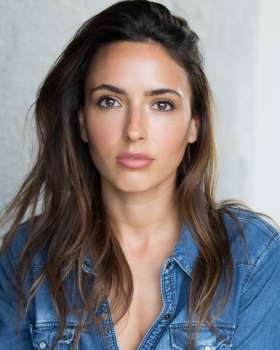 Nadia Forde is a talented actor, model & singer from Ireland.

Having started modelling and performing at the age of 7, she went on to carve out a career in TV and theatre. A passion for storytelling, Nadia studied in Bowstreet (The National School of Screen Acting in Ireland).

As an actress Nadia was most recently seen in the role of Rita Comer in the feature film ONCE UPON A TIME IN LONDON alongside Geoff Bell & Leo Gregory and played Imogen in Irish short film BRONAGH which has been doing the rounds at various festivals worldwide.

Nadia took part in ITV’s I'M A CELEBRITY GET ME OUT OF HERE in 2014 which was seen by approx 10 million people per night. Her arrival into the Jungle achieved the highest ever ratings for Irish broadcaster 3E. Nadia followed this with appearances on ITV’s KEEP IT IN THE FAMILY and was a contestant on CELEBRITY MASTERCHEF. The same year Nadia sang the National Anthem for the Republic of Ireland football team for their World Cup Qualifier in the Aviva Stadium in front of 50,000 fans and millions watching worldwide.

Her theatre credits include playing Linda in THE WEDDING SINGER (UK Tour).