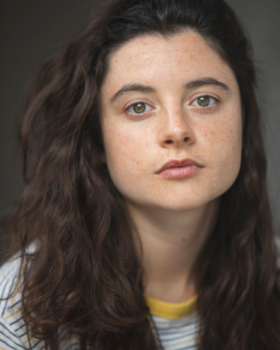 Naomi most recently played the lead role of Charlie in ABOVE THE CLOUDS winning rave reviews.

Prior to this she played the role of Ellie in the UK No.1 Tour of WONDERLAND.

Other TV / Film credits include SHARDS: DON'T TALK TO STRANGERS for the BFI/NFTS in 2015 and BBC's DOCTOR and BACK (Big Talk).

Naomi was a member of the NATIONAL YOUTH MUSIC THEATRE and played a lead role in THE HIRED MAN at the St James Theatre in 2014.