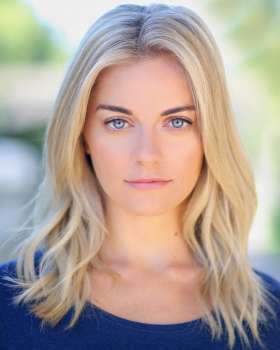 Nicole Bartlett is an actress, writer and producer from London. She graduated from ALRA in 2016 and has since enjoyed acting for stage, screen, radio and voiceover.

On screen, Nicole can be seen as Jessica Mustique in The Athena (Sky) and Vicky in Cleaning Up (ITV). Nicole is currently in pre-production with short film Flea, her first project as a writer and producer.

Nicole made her professional stage debut as Sheila in Dial M For Murder (New Vic Theatre).