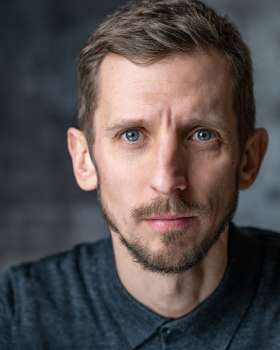 Oliver can be seen in the feature film REDIRECTED in which he stars alongside Vinnie Jones. Prior to this Oliver starred in the horror film ENTITY alongside Dervla Kirwan, Charlotte Riley and Branko Tomovic (Metrodome). He also appeared in LES MISERABLES directed by Oscar Winning director Tom Hooper.

Most recent TV credits include LAW & ORDER UK and MURDERLAND both for ITV.

On stage Oliver has appeared most recently in the London transfer of hit Broadway musical SCHOOL OF ROCK (New London Theatre)., MRS HENDERSON PRESENTS (Theatre Royal Bath & Noel Coward Theatre). Prior to this he was at The National Theatre in Jamie Lloyd's critically acclaimed production of SHE STOOPS TO CONQUER. Oliver was also seen in CARTHAGE at The Finborough directed by Donmar Theatre Associate Rob Hastie. The play enjoyed a sell out run and was Critics Choice in Timeout. West End credits include the original production of OUR HOUSE (Cambridge Theatre), LES MISERABLES (Palace Theatre) and The Bush Theatre production of THE GLEE CLUB (Duchess Theatre).