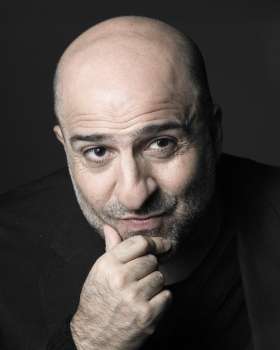 Omid has been performing his stand up to huge acclaim since 1994. His most recent sold out UK & European tour finished in 2018.

Omid most recently appeared on stage as Tevye in the highly acclaimed FIDDLER ON THE ROOF (Chichester Festival Theatre). He also starred as Fagin in OLIVER! (Theatre Royal Drury Lane).

Omid will host a brand new ITV quiz show, WINNING COMBINATION, which will air this September. The show is being produced by Potato, creators of The Chase.