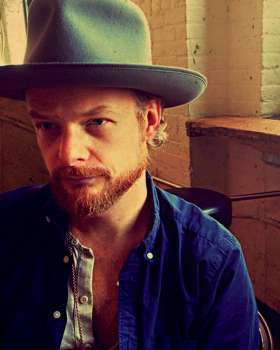 Philip is a prolific and critically acclaimed set & costume designer whose work spans across both sides of the Atlantic; with over 20 years experience, his UK accolades include nominations for Best Design at the Critics’ Awards for Theatre in Scotland, TMA Theatre Awards, and prestigious Linbury Prize.

Philip most recently designed Mame at the Hope Mill Theatre, for which he has been nominated for a 2020 WhatsOnStage Award - Best Costume Design. In America he recent remounted Lucia Di Lammermoor for Lyric Opera of Kansas City, KS. He next designs Atlantis for the Tivoli Theatre in Denmark, and Carousel for Kilworth House Theatre.

Philip trained at Central Saint Martin’s College of Art & Design and the Slade School of Fine Art, and began his career at the acclaimed Citizens Theatre, Glasgow.