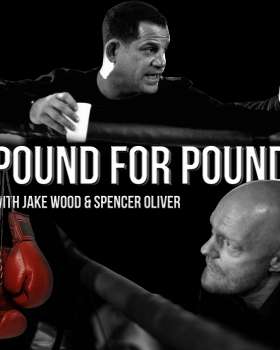 Launched in January 2018, each week Jake & Spencer are joined in the studio by top names from the sport & celebrity boxing fans.

The podcast hit the #2 spot on Sports Podcasts within 1 week of launching and receives over thousands of listens every week. The show has since topped the Apple Podcasts charts on multiple occasions.

Besides Apple Podcasts & Spotify, you can also hear the podcast via IFL TV, the #1 Boxing Youtube Channel.