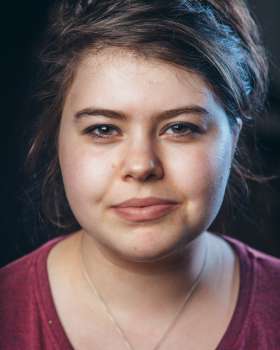 Rafaella Marcus’ work as a director focuses on new writing and bringing to the stage marginalised voices, especially women. She next directs a feminist interpretation of Robin Hood for Iris Theatre, Covent Garden. She directed I Have A Mouth and I Will Scream by Abi Zakarian which won the People’s Choice Award at VAULT Festival in 2018.

Rafaella trained on the Birkbeck Theatre Directing MFA and was a finalist for the JMK Award in 2017.

She is an occasional contributor to The Stage and Exeunt Magazine; other writing credits include Epifania, an interactive audio play as part of Hotel Europe (Green Rooms).