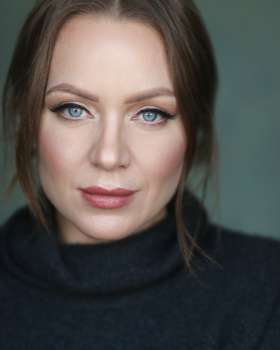 Rita will play the role of Velma Von Tussle in Hairspray at the London Coliseum in Spring 2021.

Previous to this she played Miss Hedge in EVERYBODY'S TALKING ABOUT JAMIE at The Apollo Theatre, Caro Harcourt on the NO.1 UK Tour of Peter James' HOUSE ON A COLD HILL and Paulette in the NO.1 UK TOUR of LEGALLY BLONDE.

Rita has won numerous Best Newcomer Awards including the National Television Award as Roxy Mitchell in EASTENDERS, and is one of Britain's best loved and known soap characters.  In 2018 she became a popular camp mate in ITV's I'M A CELEBRITY GET ME OUT OF HERE!