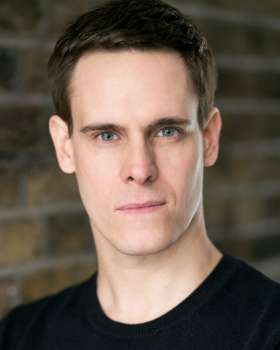 Sam Archer is an actor, dancer & movement director best known for his extensive collaboration with Matthew Bourne's New Adventures. He has starred in the leading roles of Ralph in Lord of the Flies, the Prince in Swan Lake, the Pilot/Prince in Cinderella, Angelo in The Car Man, Anthony in Play Without Words, Boris Lermontov in The Red Shoes as well as originating the title role in the original production of Edward Scissorhands.

Sam has also taken part in many workshops including: Krabat, A German fantasy novel by Otfried Preußler, directed by Caroline Steinbeis at the National Theatre Studios; Shoes choreographed by Stephen Mear and composed by Richard Thomas; Made In Dagenham choreographed by Aletta Collins, and the Phantom of the Opera tour choreographed by Scott Ambler.

Sam is currently Lizzi Gee's movement associate on the revival of A Christmas Carol at the Old Vic. He will act as assistant choreographer on The Gondeliers for Scottish Opera in 2021.