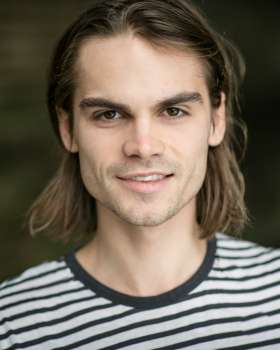 Sam is best known for playing Alex Henley in the sixth series of the E4 drama SKINS. His numerous other screen credits include; FATHER BROWN, HOLBY CITY, THE SYNDICATE and James in three series of DRIFTERS.

His stage credits include; Jamie in the National Tour of BEAUTIFUL THING and Billy in KES at the Derby Playhouse.