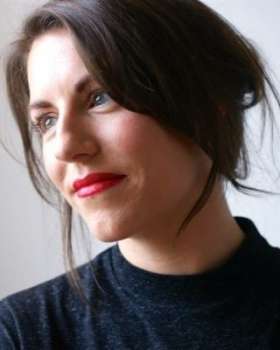 Sarah is an award-winning director and Artistic Director of Longsight Theatre Company. She was a director with the prestigious Old Vic 12 programme and is on the advisory board for Documental Theatre, where she will direct a radio play project for UK prison radio.

Sarah recently developed and directed Bricks by Emma Dennis-Edwards at the Old Vic, set for full scale production in 2022 - cast including Michael Ward (2020 BAFTA winner, Top Boy/Blue Story) and Ross Boatman (Mum, BBC). Sarah will also be taking award-winning Daddy by Camilla Whitehall to Edinburgh Fringe Festival before transferring to the Soho Theatre, having recently directed an extract of it for film with Rory Bremner.

Sarah directed Stephen Laughton's One Jewish Boy at Trafalgar Studios, which is due to commence a UK Tour and NYC transfer.

In development and staged readings: This Might Not Be It by Sophia Chetin-Leuner (Plaines Plough Women's Award for Playwriting shortlist); Nadya by Chris Dury (Park Theatre, with Michelle Terry & Stephen Tomkinson).

Sarah began her career in Manchester and worked as Assistant to the Executive Producer and Artistic Director John McGrath (National Theatre Wales, Manchester International Festival) at Contact Theatre. Sarah directed many productions across the North West and worked at theatres such as The Library, The Lowry and Bolton Octagon before relocating to London.

Sarah is Artistic Director at Longsight Theatre who develop and produce exciting new work. Sarah has worked across many new writing development schemes and is a highly skilled dramaturg. Sarah has recently curated work at Theatre 503 with Lisa Spirling and was curator and chair of The Kings Cross Award for New Writing.

"Sarah brings great clarity of purpose, intensity and emotional truth to whatever she directs and is brilliant at inspiring actors" (John Burgess, co-founder of The Studio, National Theatre 1982-94)