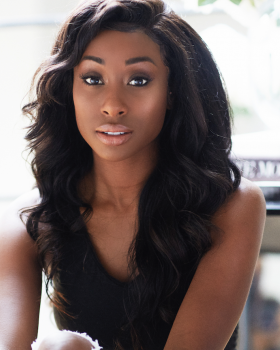 With a passion for property development, Scarlette has been one of the core presenters for Channel 4’s A PLACE IN THE SUN since 2015, as well as an ongoing reporter for BBC1's THE ONE SHOW and POINTS OF VIEW.

She is currently filming brand new series MY DREAM DERELICT HOME IN THE SUN for property channel HGTV (Discovery). Scarlette will host 16 episodes and is due to air in 2021.

Scarlette has worked for Virgin Media Pioneers at V Festival and has most recently set up her own TV production company, Two Of A Kind Productions, which has produced a brand new and exciting YouTube Channel based on bringing unknown talent to the forefront.

In 2016, she teamed up with AudioBoom to bring an exciting new podcast to our ears. 'Motivation Mixtape' was a short series of interviews with Olympian and Paralympian athletes on their road to Rio.

Scarlette also hosts live events and was chosen to be one of two hosts at Stylist Magazine's huge exhibition event 'Stylist Live' back in 2016. She interviewed some of the country's most inspiring women, including Cherry Healey, Sophie Ellis-Bexter, Mel C and Olympic Gold Medallists Helen Glover and Helen Stanning. Scarlette was then asked to be a key speaker at Cosmopolitan’s Self Made Summit in 2018.

She is now the voice of Capital Xtra, BET and MTV Movies.