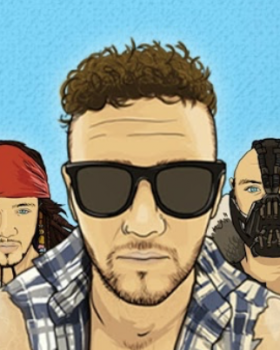 Princess Productions’ strategy of working with online talent has helped it land a prank show for E4.
The Endemol Shine indie will team up with YouTube impressionist Scheiffer Bates for 30- minute show Scheiffer Bates: I Con (working title).
Bates, who has racked up 4 million views and built up a fanbase of almost 50,000 sub-scribers since establishing his YouTube channel in 2010, will prank members of the public with his celebrity impressions.
His channel shows him impersonating characters from The Walking Dead and Game Of Thrones, as well as adventurer Bear Grylls. The comedian, voice actor and writer is managed by Roar Global.
C4 head of formats Dom Bird ordered the show alongside formats commissioning editor Simone Haywood.
Anna Blue and Will Spokes will executive produce for Princess, while Chris Stott is the series producer. Princess managing director Emma Hardy said the commission “builds on Princess’ expanding slate of YouTuber-led programming”.
“Scheiffer has an incredible talent and we can’t wait to unleash him and his unbelievable ‘celebrity’ pranks on the great British public,” she added.

Guy Does Awesome Impressions In Just over 5 minutes.