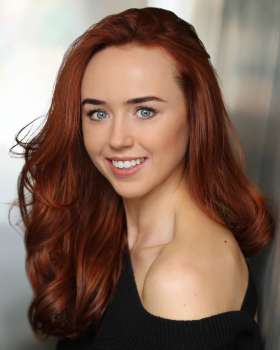 Siobhan graduated from Mountview Academy of Theatre Arts with a First Class BA (Hons) degree in 2018.

Siobhan made her professional debut as Heather in the UK Tour of American Idiot and went on to complete the run in New Zealand at the end of the year.
In January 2020, Siobhan played the lead role of Meghan in the workshop production of The Throwaway’s at The Other Palace.

Siobhan has also performed at the O2 Arena alongside Michael Ball & Alfie Boe on their ‘Together Again’ arena tour in late 2017 and appeared in the recent West End Christmas Concert at the Cadogan Hall.

Other credits whilst training include: Ensemble/Dance Captain in Damn Yankees, Mrs Phagan in Parade, various roles in London Road, Queen Elizabeth in Mary Stuart and Martha in Spring Awakening.