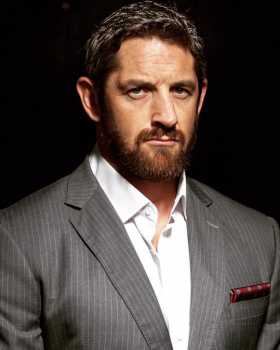 Stu was born in Preston but currently resides in Los Angeles.

From 2010 - 2016, Stu was signed to World Wrestling Entertainment (WWE) as Wade Barrett/King Barrett/Bad News Barrett and has been a major part of their brand for the last 6 years. He is hugely well known around the world and is the most successful British wrestler of the last decade. Stu returned to the company in August 2020 as a commentator for NXT.

Stu is the UK host of Netflix's ULTIMATE BEASTMASTER Season 3 in 2018. Sylvester Stallone serves as Executive Producer. He was also seen on ITV in 2019 as the main face of WORLD OF SPORT WRESTLING which made a hotly anticipated comeback to British Television over the Summer.

Stu made his acting debut in the Colin Farrell & Noomi Rapace film DEAD MAN DOWN as Kilroy.