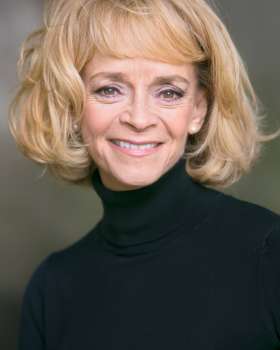 Sue is a much-loved British actress, best known for her role as Marlene in John Sullivan’s hit BBC1 sitcom ONLY FOOLS AND HORSES. Sue played this iconic role from 1984 until the final episode in 2003. Such was the success of the character, that Sue and her on screen husband (John Challis) were asked to co-star in the hugely popular spin-off THE GREEN GREEN GRASS, which ran for four series, and three Christmas specials. In addition to her screen work, Sue also works extensively on stage, in both the West End and National Tours.

Sue was recently reunited with David Jason, when she joined the cast of STILL OPEN ALL HOURS as recurring character Mrs Rossi. Sue will return to the show this year as a full time cast member.