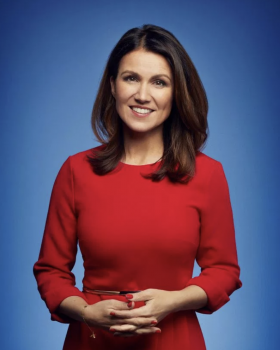 In 2013, she took part in Strictly Come Dancing making it all the way to the final. Susanna co-presented BBC Breakfast from 2003 until 2014, alongside Bill Turnbull before heading to ITV where she has been since 2014.