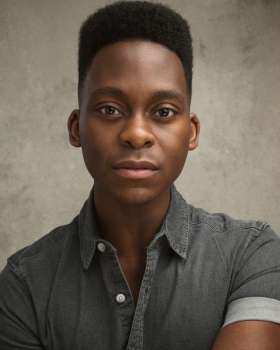 Tyrone is currently appearing as the lead role of Wes in The View Upstairs at The Soho Theatre, a new musical by Max Vernon.

Earlier this year Tyrone made his directorial debut with Ain’t Misbehavin’ which received rave reviews at both The Mercury Theatre, Colchester and Southwark Playhouse. Tyrone’s recent appearance as Lysander in A Midsummer Night’s Dream (The Watermill, Newbury) earned him a spot on the prestigious Ian Charleson Award shortlist.

Tyrone won the Evening Standard Theatre Award for Emerging Talent, the Mousetrap Award for Best Actor and earned Olivier Award and WhatsOnStage Award nominations for his critically acclaimed performance as Judas in Jesus Christ Superstar (Regent's Park Open Air Theatre). He was also featured by ES Magazine as one of 10 of London's hottest new talents to watch in 2016 and named on The Progress 1000 list of most influential Londoners (2017).

Tyrone studied Musical Theatre at Mountview Academy of Theatre Arts and Law at The University of Huddersfield.

Shoshana Bean and Tyrone Huntley- One (U2)

The Gig - Tyrone Huntley Singing 'Lay Me Down'